I have finally reached my 100 topics goal. I really enjoyed my time making this blog and I hope you all like it too. At this stage I don’t think I will be making anymore posts but you never know I might end up changing my mind, you all know how us bloggers can be and our forever changing minds. Please comment your thoughts or complete the poll.

Have a great Christmas holidays and thank you all for following my blog.

In every country Christmas is celebrated differently. Every family have their own ways of celebrating and make up their own meanings for this happy holiday. But what about Australians how do we celebrate our Christmas traditionally.

First thing everyone needs to know about an Australian Christmas is that we are very opposite about almost everything compared to other countries. One thing that is most prominent it that our Christmas is actually celebrated in SUMMER and not winter. Because of this most of our traditions are based around the heat. For instance instead of a snow man we make a ‘snowman’ from beach sand. We don’t use a carrot for a nose very often and mostly end up sing shells, rocks and a Christmas Santa hat.

Another thing you should know is that out terminology is different as well. Chrissy=Christmas, Barbie=BBQ or Barbecue and Pressie= present, its pretty simple. In Australia we put up a Chrissy tree and decorations. We light up our houses in lights on the outside and every night you can see people driving around in their cars or on trams to look at those lights. We get pressies and wrap them in colourful Christmas paper and they are placed under the tree.

The most popular event of the Christmas season is called Carols by Candlelight. People come together at night to light candles and sing Christmas carols outside. It is an outdoor concert of Christmas cheer.

To facilitate this Australia Post issue a series of Christmas postage stamps which allows mailing of greeting cards at a reduced postage rate. Our sporting traditions are a cricket match at the Melbourne Cricket Ground and the start of the Sydney to Hobart yacht race.

Most young children believe in a man called Santa who brings gifts during the night. Most children will leave out mike and bikkies (biscuits). Some children even write a letter to Santa and tell him what they want for Christmas. Some children receive a letter back from Santa that often says that he is excited to deliver their gift this Christmas. Santa often doesn’t wear his red suit but board shorts and a red singlet with thongs and either a stock mans hat or his traditional Santa hat.

Aussies have a habit of changing Christmas songs to make them relevant to Australia and we even have some of our own Christmas songs. These include: Christmas in Australia, Aussie Jingle Bells, Six White Boomers and Santa Claus has a new truck.

In Australia Christmas in normally celebrated with a Barbie and Sangs (sausages), roast, salads and seafood normally prawn and crab. Most people spend the day with family and friends in the pool, at the beach or running under the sprinklers.

“I have always thought of Christmas as a good time; a kind, forgiving, generous, pleasant time; a time when men and women seem to open their hearts freely, and so I say, God bless Christmas!”- Charles Dickens

When we are in public places, peoples houses or with company there are unspoken rules that everyone is expected to live by.

37. Avoid going to a restaurant that’s about to close. It’s highly probable that the workers already had a long day and pretty much want to go home. Your last minute order is going to delay that. You always have 24 hours food chains for your late night hunger pangs.

“You must not lose faith in humanity. Humanity is an ocean; if a few drops of the ocean are dirty, the ocean does not become dirty.”  Mahatma Gandhi

There are always things in nature that just cant be real, whether its an odd rock formation or a strange looking tree, but what about animals? Sometimes its not what an animal looks like that makes them strange, sometimes its what they do, a certain behavior or just what the species name is.

“If having a soul means being able to feel love and loyalty and gratitude, then animals are better off than a lot of humans.”- James Herriot

Everyone has that one person that is impossible to buy a Christmas present for. Sometimes you just don’t know what that person would wont or you don’t have time to find that perfect presents. Here are a few suggestions for the best present.

Its been happening for years. As children we watched many cartoons that involved animals that have been mixed with humans e.g Teenage Mutant Ninja Turtles and Ben 10, but what about now that it is actually happening? What are the ethics and the morals of this?! Watch these videos and see what the scientist have been keeping a secret.  Dont forget to leave a comment.

“With the advent of genetic engineering the time required for the evolution of new species may literally collapse.”- Dee Hock

“While that amendment failed, human cloning continues to advance and the breakthrough in this unethical and morally questionable science is around the corner.” -Mike Pence

Urban Dictionary: a particular attitude towards or way of regarding something; a point of view. Comment below what you think… “When you wake up every day, you have two choices. You can either be positive or negative; an optimist or a pessimist. I choose to be an optimist. It’s all a matter of perspective.” – Harvey Mackay 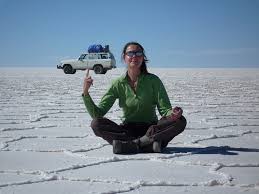 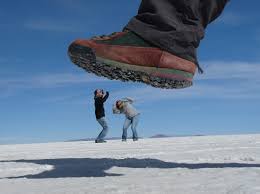 “There are no facts, only interpretations.”  ― Friedrich Nietzsche

Sure everyone makes mistakes and most of the time we can fix those mistakes. What about tattoos, they are forever, can they be fixed? “My body is my journal, and my tattoos are my story.”
― Johnny Depp